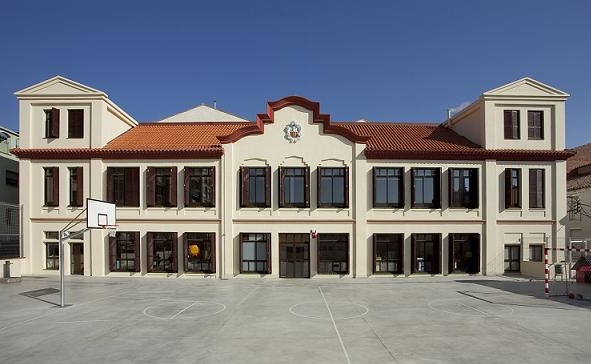 Standing in Plaça Santa Ana in Esparreguera, “Mare de Deu de la Muntanya” school is listed as a Historic Heritage building. The work of the architect Josep Domenech Mansana, it was built between 1911 and 1929 and opened its doors for the first time in 1931.

The school underwent far-reaching remodelling in 2009 and 2010. In fact, it was completely gutted and only the main historic façade was preserved of the original building, which ended up suspended in the air held only by underpinning. Use was also made of the difference in height between the school playground and the streets surrounding the property to put up a new, semi-underground building alongside to house the school gymnasium and dining room.

The project was quite complex and was satisfactorily resolved by the contractor Construcciones Perez Villora. Fenster was responsible for the aluminium exterior enclosure elements.

Thanks to the remodelling work, this school, with so much history, reopened its doors for the 2010-11 school year. It provides infant education to children aged between 3 and 6 and primary education to children between 6 and 12. It is now a modern school with new areas and better services: gymnasium, changing rooms, kitchen, dining room, music and computer rooms, library, etc.

News published about this building:
– Video about the process of remodelling the old school 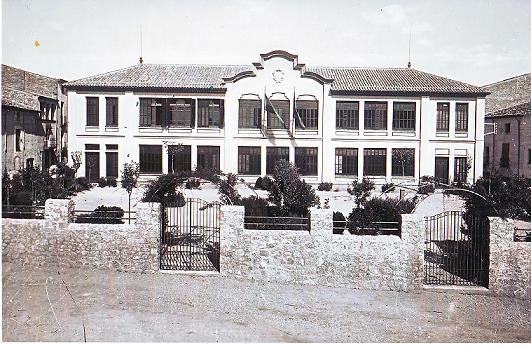 Original façade of the school which opened its doors in 1931 and was officially opened by Francesc Macià.