Portada » Renovation of the Medieval Castle of Rodonyà

Renovation of the Medieval Castle of Rodonyà 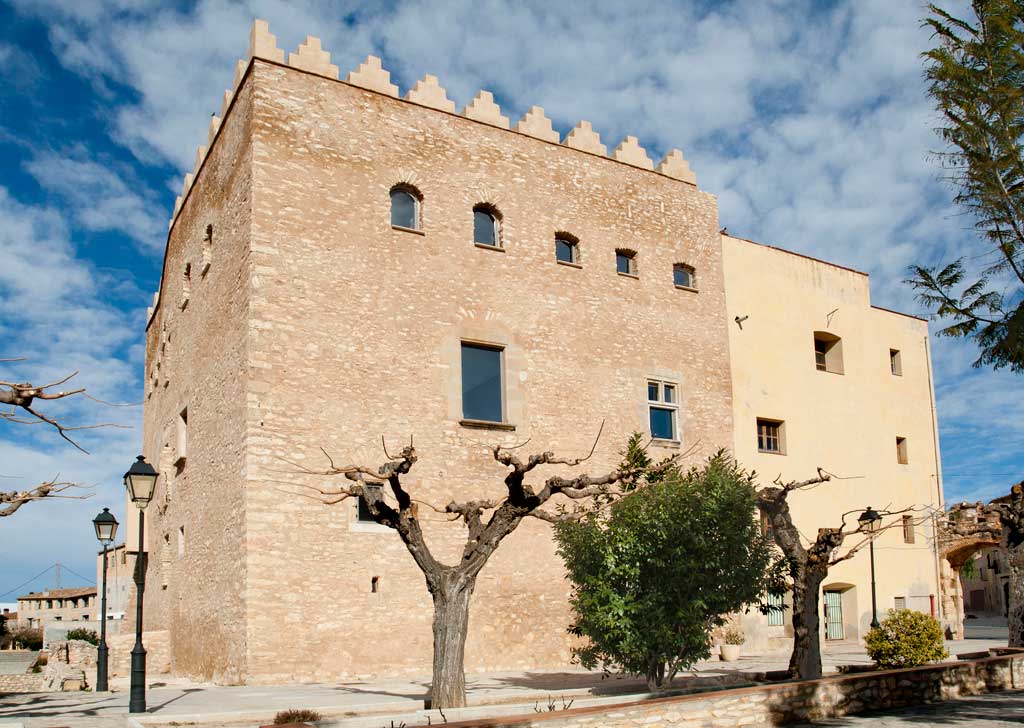 The existence of the Medieval Castle of Rodonyà is first mentioned at the beginning of the 13th century. For six centuries the castle belonged to the Catalan nobility until, at the end of the 19th century, the last owner, Baron Cayetano of Vilallonga and Tamarit, sold it to someone from the town. At that point the castle was already semi-ruined, as can be seen in this photograph. 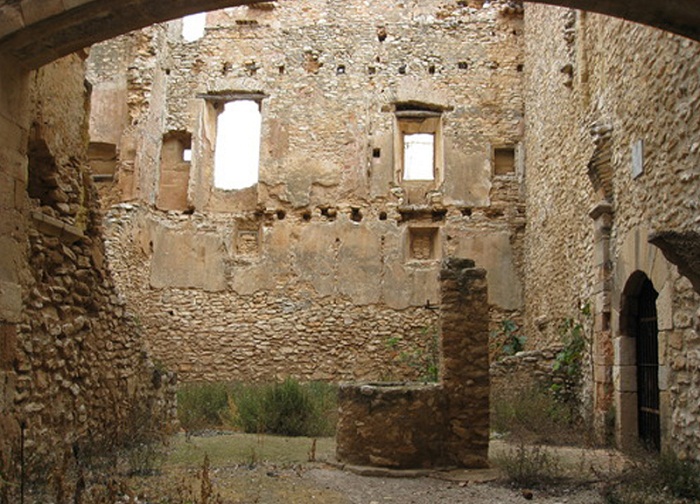 The castle is a building with great stone walls, a quadrangular floor plan and a central courtyard around which all the rooms are organised. In the middle of the courtyard is the tank for collecting water and half a dozen silos where grain used to be stored.

In 1919, the local council bought the building and adapted part of it to be used as a school, leaving the rest of the building to its fate. It was almost another century before a definitive renovation was undertaken to ensure it is preserved for future generations.

It was not until 2008 that Rodonyà town council commissioned the construction firm AMC5 to entirely renovate the castle. Fenster took part in the castle renovation, taking charge of manufacturing and installing all the windows and aluminium exterior closure elements.

The restoration work began in October 2008, with a first phase involving the consolidation of the façades and building structure. In 2010 there was a second phase, including the creation of interiors so this historic building could become the Town Hall in Rodonyà.

When a building of national interest, forming part of the historic heritage, is renovated, extra responsibilities are added to that of creating a building suitable for the new intended uses. The essence of the building must be preserved, making the most of all elements that have stood up to the passage of time and can serve as testimony reminding us of our history.

The challenge set by this renovation was to transform a building from a far-off age, designed for a very specific use – a medieval fortress for military defence – in a non-traumatic way ready for a new use: a centre for local administrative services.

The windows are a simple example of the contradictions between the original function of the castle and its new use: very small windows (to make it easier to defend the building) vs. large windows (to have natural light in the offices). 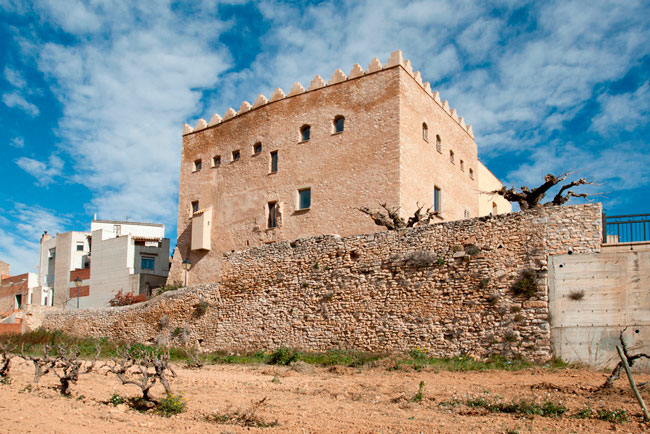 The castle’s dominant profile in the landscape and in the collective imagination of the people of the area determined that the façades had to be treated with great respect. First there was the intervention on the walls: restoring the masonry, repointing with mortar mixed with non-organic dyes and selected aggregates; recomposition and rendering of the battlements and recovery of the original openings. 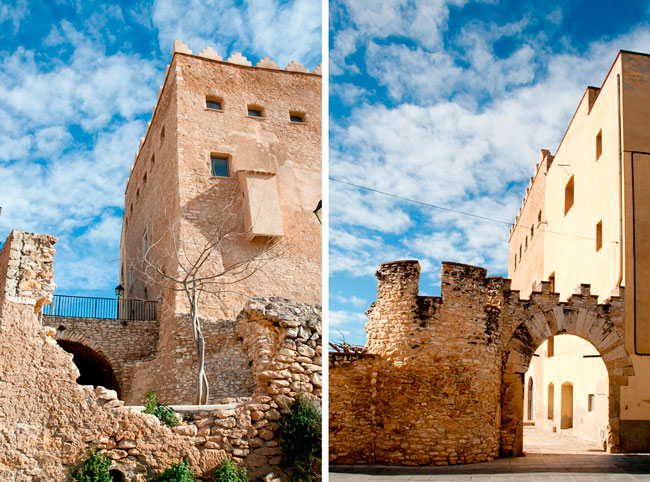 Then, these openings were treated with concealed leaf aluminium carpentry, which manages to go completely unnoticed, avoiding any conflict with history. The concealed leaf aluminium carpentry means that, from the outside, only a narrow frame can be seen, which brings added value when it comes to closing openings as small as those appearing at the top of the castle façade. 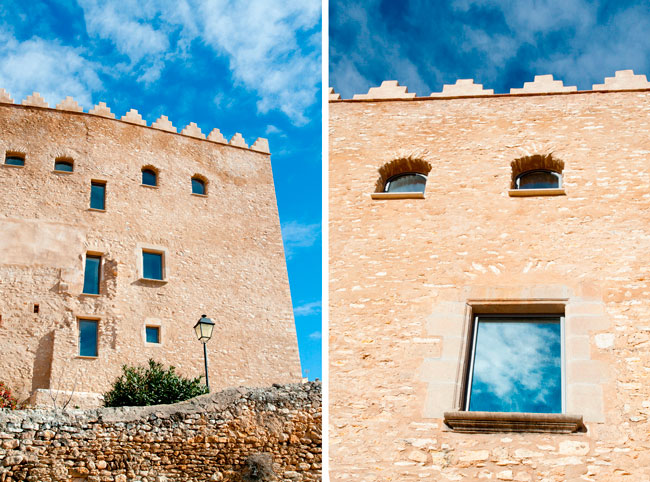 The castle façades had remained standing, but the interiors were considerably damaged which is why, once inside the building, our perception of it changes completely. The new work carried out in order to install the town council’s offices speaks a completely different language to the exterior architecture.

In contrast to the rough brown walls, the new walls are smooth and painted white or grey, the divisions between the corridor and the administrative rooms are achieved with glass screens on stainless steel structures, and the corridor railings around the old courtyard are also glass, with stainless steel supports.

The past and present of Rodonyà Castle are clearly distinguished though the restored elements and new material used: its history is recorded but it looks to the future. 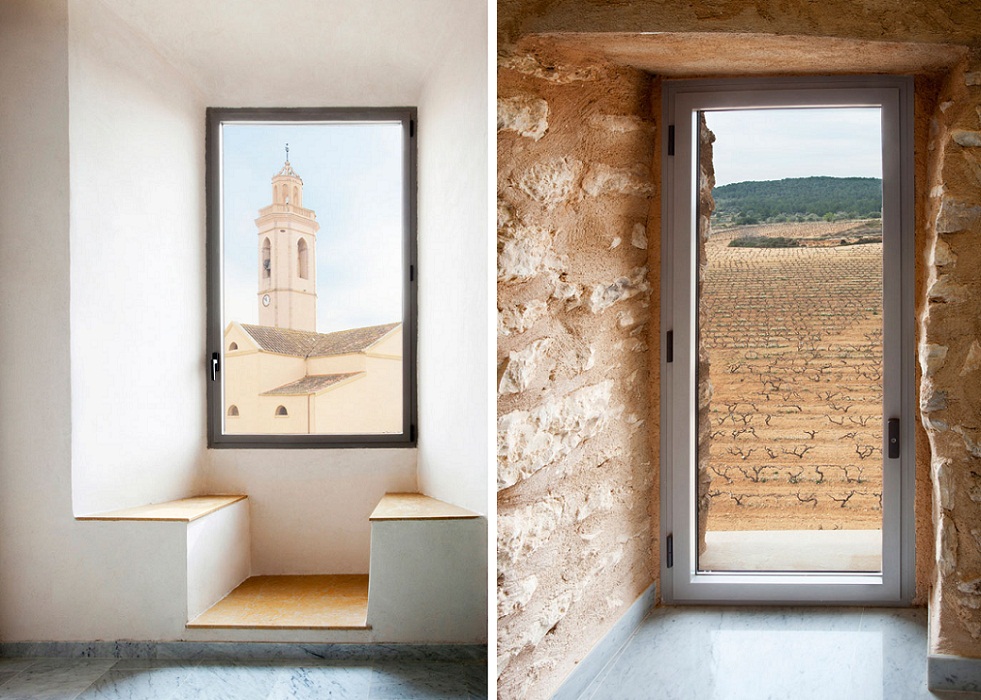