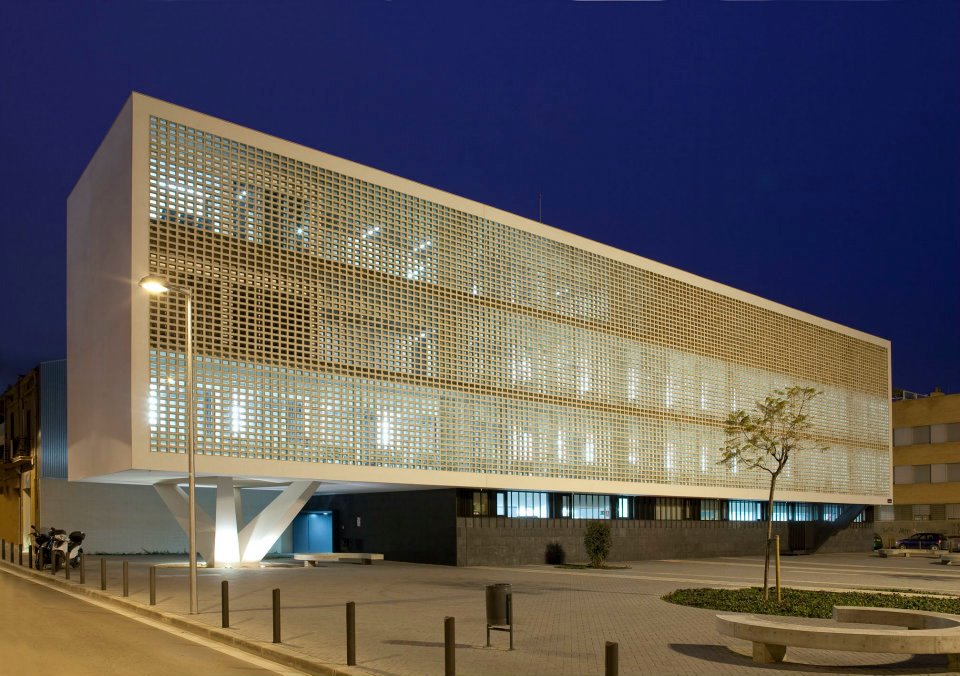 The “Progrés Raval” Health Centre was built in a degraded environment in Badalona on the site of an old glass factory and with the aim, as well as providing health coverage, of enlivening the commercial and social activity of the district. The building was integrated into a new square, opening up a public space that did not exist before.

The façade is protected by a ceramic screen providing the building with thermal insulation in order to make it more energy efficient. An outstanding feature is the pillar on the left side of the building, which is the only pillar supporting it on this side.